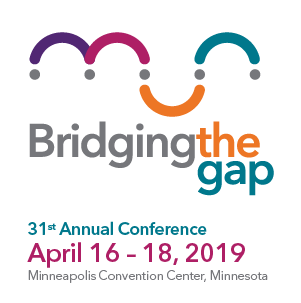 There has been a lot of talk about unconscious biases and how to overcome them, but has it actually resulted in desired outcomes? Since 1961, according to David Mayers, more than a billion dollars have been spent on the cause, hundreds of research institutions have been set up, and thousands of professionals, scientists, psychologists and doctors have been engaged around the world to address the issue. After such a regroups approach, still the problem, has only increased.

According to the famous social psychologist, Daniel Wegner, the problem does not lie in the amount of effort but the direction of effort. Wegner’s theory of ironic processing of the mind identifies the psychological process whereby deliberate attempts to suppress certain thoughts make them more likely to surface, which may mean that the enormous efforts of trying to overcome unconscious biases may prove to be counterproductive and may make them even more evident.

Biases are beliefs. They are preferences and antagonisms based on beliefs which have been programmed into the unconscious through direct or indirect suggestions. Unconscious bias cannot be addressed by cognitive tools only. It requires a journey from the conscious > unconscious > conscious. The Cognitive Hypnotic Transformation Tool (CHT) is a powerful vehicle for this journey.

There are three sections of the CHT. Section 1 addresses the conscious through Cognitive Behavior Therapy (CBT), a discipline of psychology which questions beliefs. Section 2 accesses the unconscious using short easy Neuro-Linguistic Programing (NLP) techniques, which can be applied in a group setting or individual interaction. NLP is a methodology which reprograms the initial memory of the belief by changing the language pattern of the unconscious. Once this is done, hypnosis replaces the not-so-productive patterns with enriching hypnotic suggestions which make the individual much more accepting of differences. NLP and hypnosis are the only tools known to us, so far, to make changes in the unconscious.

Section 3 is the “conscious commitment”: After having undertaken the journey so far, the person wants a personal benefit. The third section of the tool helps the individual elicit the personal benefit, which may be in the form of better relationships, professional growth, organizational growth, spiritual development, social benefits, etc. Once the picture of this reward is fully drawn out in the conscious mind, the motivation to practice the tool repeatedly is generated.

In some individuals, change happens in a single session while in others reinforcement by practice is found to be beneficial. The time taken for the whole process is 30–45 minutes.

This session is for leaders and diversity practitioners who play a critical role in influencing people to adopt an attitude and behavior of inclusion. The charismatic leader or facilitator knows the art of influence. They seem to have a natural ability to mesmerize the audience and bring about change. There is a science behind it and it can be learned. The tool is designed in a simple manner which is easy for leaders and practitioners to use. An in-depth knowledge of CBT, NLP or hypnosis is not required.