Forum Profiles: A Lifetime of Making a Difference with Dr. Johnnetta Betsch Cole

Each quarter, The Forum opens a window into the life of a DEI change maker and leader. Our quarterly Forum Profiles is guest written by student and emerging writers from our home organization Augsburg University. This quarter’s issue is guest written by Augsburg student Jacey Mismash, and features longtime Friend of The Forum and 2015 Winds of Change awardee Dr. Johnnetta Betsch Cole, anthropologist, former college president and museum director, and social justice advocate.

In 1934, the Jim Crow Era was in full swing— bathrooms, schools, trains, and streetcars were segregated by law. Beaches were no stranger to the over-extending arm of Jim Crow, with shores across America limited to “whites only.” At this point in time, there were no beaches in the state of Florida that allowed African Americans to enjoy the white sands and clear, blue, coastal waters of the “Sunshine State.”

American Beach, established by Abraham Lincoln Lewis, was the first and only beach in Florida open to African Americans during the Jim Crow era. One year later, Lewis’ great-granddaughter would be born in Jacksonville, Florida— today, 85 years later, Dr. Johnnetta Betsch Cole is building a house on American Beach with her husband.

Long before earning her well-deserved title of “Dr.,” Dr. Cole was excelling in school. Her parents started her in first grade a year earlier than most, and she began her college education at the age of 15.

Dr. Cole accepts the Winds of Change Award at the 2015 Forum on Workplace Inclusion annual conference.

“They sent me somewhere downtown in Jacksonville, Florida to take a test— if I passed it, I would go to college early… I would go to Fisk University at age 15,” explains Dr. Cole. “I didn’t want to go! I wanted to graduate from high school with my friends!” she exclaims. But, living up to the expectations put forth for her as a student and a daughter, Dr. Cole answered every question to the best of her ability.

She passed the test.

In the coming years, Dr. Cole would develop a longstanding relationship with academia, including her graduation from Oberlin College in 1957 and Northwestern University in ‘59 and ‘67. She also held positions as a professor at Washington State University, University of Massachusetts Amherst, Hunter College, and Emory University. She went on to serve as the president of the only two historically Black colleges for women— Spelman and Bennett. In addition to her experiences in higher education, Dr. Cole served as Director of the National Museum of African Art at the Smithsonian Institution from 2009 to 2017. Her active leadership didn’t stop there, with her holding the role of President of the National Council of Negro Women (NCNW) from 2018 until January of 2022.

This diverse and impactful relationship with education played a huge role in Dr. Cole’s professional life. Still, much of her focus on diversity, equity, and inclusion stemmed from the oppression and injustices she witnessed within academia from a very young age, all the way up until this very moment.

“When I went to the first grade at five years old, it was at a ‘colored’ school,” explains Dr. Cole. “There’s no question— over the course of these last years, there’s more focus on our college and university campuses on, what I like to call, ‘IDEAs’ — inclusion, diversity, equity, and accessibility…” she pauses, meditating on the changes. “However, we have such a very long way to go to arrive at that point where throughout education in the United States — where our institutions of higher education, all the way down to K-12, reflect in their student bodies, in their faculties, their staffs, what our Nation looks like,” adds Dr. Cole.

While there have been significant changes to the way the education system runs since Dr. Cole first began her relationship with academia, her statement rings true to many students and staff in today’s classroom. The lack of diversity amongst educators further establishes the narrative that academia is not welcoming to those with marginalized backgrounds. Unfortunately, laws and policies recently put in place to suppress the lived experiences of the oppressed only solidify these notions.

“Is this my country?” she asks.

For Dr. Cole, who has spent much of her life working to transform the education system into a more accepting and inclusive space — these policies are reminiscent of times many believed we were beginning to move past as a nation. However, even during this harrowing time, Dr. Cole remains steadfast in her hope for the future. 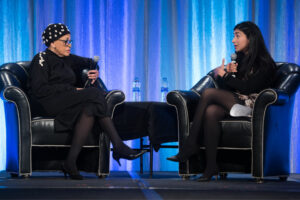 “Even though these are, in so many ways, such troubling times, such frightening times, we dare not lose hope. We cannot do so,” declares Dr. Cole. “I’m convinced that losing hope will only lead to more of what we are now experiencing. I am calling on myself, as well as all others, to do whatever one can — to push back against all of this,” she adds.

It is now 2022, and Dr. Johnnetta Betsch Cole has worn many hats — anthropologist, professor, museum director, college president, mother, mentor — and these are just a few. Today, she is finding gratitude, joy, and pride in her new house located on American Beach. “A.L. Lewis, as [her great grandfather] was called, said this about the times when he founded American Beach: ‘Our people deserve recreation and relaxation without humiliation,’” explains Dr. Cole.

While her great grandfather’s statement was referencing a different time and situation, the sentiment still holds true. Our youth deserve education without humiliation — without pain, dishonesty, and discrimination. Through her life’s work, Dr. Cole has brought this belief to others, and along with it, a true passion for advancing inclusion, diversity, equity, accessibility, and social justice. 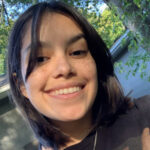 Jacey Mismash is a 2022 graduate of Augsburg University Minneapolis majoring in Communications Arts and Literature with a licensure in Secondary Education and a minor in Creative Writing. Learn more about Jacey here.