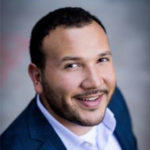 Alfonso Wenker is a seasoned executive leader and facilitator of transformational organizational culture and strategy campaigns. Serving in major leadership roles within the field of philanthropy, Alfonso has been responsible for driving sector and systems wide change to diversify both perspective and personnel in order to better steward resources responsible for underwriting major movements.

A Latinx, gay, cis-gender man, Alfonso was born and raised on the west side of Saint Paul, MN, to a Mexican mother and white father. Consequently, Alfonso has often been the ‘first’ or ‘only’ person on a team who is a Person of Color, gay person, or both throughout his career. He has experienced, first hand, how the attempted diversification in the U.S. workplace has both made strides and done accidental harm.

Prior to co-founding Team Dynamics, Alfonso served as the Vice President for the Minnesota Council on Foundations, which collectively supported member organizations overseeing more than $20 billion in resources. Alfonso also co-chaired the National Creating Change Conference, the largest annual gathering of LGBTQ+ organizers in the country. In 2012, Alfonso took a leave of absence from philanthropy in order to play the role of Deputy Finance Director for the historic Minnesotans United for All Families Campaign.

Alfonso is a highly sought after speaker and executive coach. Alfonso’s leadership has been recognized as a 40 Under 40 Awardee – 2017, Minneapolis-St. Paul Business Journal; Facing Race Anti-Racism Award – 2016, The Saint Paul Foundation; Catalytic Leader Award – 2014, Minnesota Council of Nonprofits; and he recently completed his tenure as Board President of Pollen Midwest.