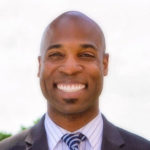 
2022 Conference Session: Tales from Inside Corporate DEI in Tech: Wanting to Be an Activist, Needing to Be a Practitioner (S2-E)

Bernard Coleman is the chief Diversity and Engagement officer at Gusto. There he empowers and leads the Employee Engagement team which encompasses diversity, equity and inclusion, employee relations, and people integrity/governance/compliance functions. Gusto’s mission is to create a world where work empowers a better life, and it has built a people platform to help the more than 6 million small businesses in the U.S., and the 60 million people they employ WIN.

Previously, he was the global head of Inclusive Engagement at Uber Technologies, Inc. In this role, he drove the diversity and inclusion programs and his efforts spanned the boundaries of Uber working in close collaboration with people program areas like human resources, talent recruitment, analytics, marketing, communications, and branding in an effort to enhance diversity throughout Uber.

Prior to joining Uber, Bernard led the diversity and human resources initiatives at the Hillary Clinton for America campaign as the first-ever, in United States history, chief Diversity and Human Resources officer for any presidential campaign for either political party. Bernard helped to develop the campaign’s institutional planning in support of the mission and goals as well as assessed the strategic diversity indicators and standards that ensure responsibility and accountability for achieving diversity, multiculturalism, and cultural competence within the diversity and inclusion matrix.

Bernard previously served at the Democratic National Committee for six years as the deputy chief Diversity officer and the director of Human Resources, helping modernize the DNC’s human capital operations—moving from transactional to tactical. As part of the modernization, he helped to promote greater pay equity, diversification of staff, the creation of safer spaces, and greater cross-cultural competence across the organization culminating in fuller partner relationships and enhanced multiculturalism.

Bernard has also held senior level roles at the Democratic Congressional Campaign Committee, the Society for Human Resource Management and the Government of the District of Columbia.

In addition, Bernard has written for Inc., Forbes, Catalyst, and the Society for Human Resource Management and his insights have appeared in media outlets such as Nasdaq Government Clearinghouse and The Huffington Post. He holds an MBA in international business from Trinity University, a BA in psychology from Hampton University, and an Executive Strategic Diversity and Inclusion Management certification from Georgetown University. Bernard is also a graduate of the University of Virginia’s Thomas C. Sorensen Institute for Political Leadership.

Named a 2018 American Council of Young Political Leaders Fellow, a 2018 Black Enterprise Top Executive in Corporate Diversity, and one of the Top 50 Multicultural Leaders in Technology in 2017 by the National Diversity Council, Bernard was also honored as one of Hampton University’s Inaugural 40 Under 40 honorees, as well as one of The Network Journal’s 2017 “40 Under 40” honoree. He is a SHRM Diversity & Inclusion Expertise Panelist and serves on the Cultural Vistas and the Paladin boards.