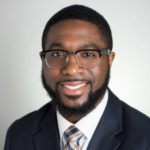 Director of Diversity, Equity, and Inclusion

Mr. Brian Richardson Jr. is an alumnus of Southern Illinois University Edwardsville where he earned a Master of Science in Education and a Bachelor of Science from Culver Stockton College. Brian is currently pursuing his doctorate in Higher Education and Student Affairs at Indiana University-Bloomington while serving as the inaugural Director for Diversity, Equity, and Inclusion for Indiana University School of Public and Environmental Affairs. Mr. Richardson serves the Bloomington-area community as the Vice-Chairperson on the Commission for the Status of Black Males through the Bloomington Mayor’s office and created a mentoring academy for 4th-6th-grade boys called the Krimson Leadership Academy.

Mr. Richardson strives to create change and inspire others to be their greatest selves. His passion is to help others become leaders by creating opportunities to cultivate minds and provoke thought through meaningful dialogue, thus resulting in the creation of programs and initiatives promoting inclusivity and individual growth. As a result of his commitment to diversity, development of minds and creation of leadership opportunities, nationally Mr. Richardson was named the 2018 NASPA Now Emerging Leader for Inclusion. Locally, Mr. Richardson has been named to the 2018 cohort of the City of Bloomington’s 10 Under 40 Influential Leaders, 2017 Outstanding Black Male Leader of Tomorrow for the City of Bloomington, and the 2017 Indiana University MLK Day Building Bridges Award winner for his commitment to the betterment of the City of Bloomington and Indiana University. Mr. Richardson’s work has been featured on the national stage by way of TEDx and the Big Ten Network, as well as locally through Bloomington Magazine, The Harold Times Newspaper, and local radio shows. Mr. Richardson’s areas of focus are manhood and masculinity, diversity and inclusion, leadership, mentorship, and student development.