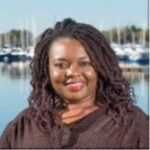 Her work primarily focuses on addressing systemic and institutionalized barriers held toward historically underrepresented groups. She has worked across the not-for-profit, government, and business sectors in Africa, Australia, UK, and USA.

In 2016, in partnership with the U.S. Embassy, Fadzi facilitated the groundbreaking “Courageous Conversation about Race” program with law enforcement agencies throughout Perth, providing participants with an understanding of how to interact with the State’s diverse communities and to be mindful of the impact of institutionalized racism. As a result of this, Fadzi was the recipient of the International Racial Equity Leadership Award in the USA and a finalist for the Australian Human Rights ‘Racism. It Stops With Me’ Award.

Over the course of her career, Fadzi has received both international and local recognition for her efforts to champion inclusion and diversity including:
• Australia Day Ambassador
• Fellow of the Duke of Edinburgh, Commonwealth Senior Leaders Program, UK
• 2019 recipient of the Social Impact Award from the Organisation of African Communities
• 2018 Western Australian of the Year finalist
• 2016 recipient of the International Racial Equity Leadership Award, USA
• 2016 Australian Human Rights ‘Racism. It Stops With Me’ Award finalist
• 2015 selected as UN Women Australia’s delegate to CSW held at UN Headquarters, N.Y.
• 2014 Community Ambassador Award
• 2012 People of Australia Ambassador

Fadzi is an alumna of the Duke of Edinburgh Commonwealth Senior Leadership Program, HIVE Global Leadership Program and the 2017 Leadership WA Signature Program where she was voted valedictorian. She received an Executive MBA and Graduate Certificate in Social Impact from the University of Western Australia.