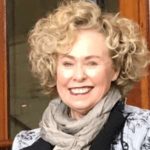 Heather Price began her career in South Africa in 1990, establishing a consultancy specializing in diversity management and the dismantling of apartheid in the workplace—nominated as one of the leading human resource consultancies in Southern Africa. Currently chief executive officer, she opened the doors of Symmetra in the Asia Pacific region in 2003, with its head office in Australia specializing in the provision of a wide range of solutions to address diversity and inclusion.

Recognized as an influential thought leader, Heather has been invited to present at international conferences and public sessions in the USA, UK, Italy, Australia, South Africa, Hong Kong, India and Singapore; has numerous publications to her name; has been invited as contributing author on diversity and inclusion in “Maverick Executive: Strategies for Driving Clarity, Effectiveness and Focus” (2016); and has been repeatedly nominated to sit on the Expert Panel that ratifies the Global Diversity and Inclusion Benchmark Tool™ in 2006, 2011, 2015 and 2018.

Heather’s local and international multidisciplinary team of experts has positioned Symmetra to provide a global consulting service on every continent to numerous blue-chip clients in both the private and public sector on embedding an inclusive workplace culture.

She is engaged regularly to work locally and internationally with the C-suite on executive engagement in diversity and inclusion, building inclusive leadership capability, embedding a culture of psychological safety, and counteracting unconscious bias in the workplace. Utilizing unique tools, process and content designed by Symmetra, Heather’s team of experts provide an end-to-end service conducting diagnostics, advising on D&I best practice, policy and strategy, and facilitating cutting-edge and innovative blended learning solutions.

Heather was voted a finalist in the Telstra Business Women of the Year Awards (2011); received international recognition in 2012 when CBA put its entire top leadership through Symmetra’s Unconscious Bias Program and received the Global Catalyst Award for the advancement of women.; was a finalist in 2016 for the Australian Psychological Society Workplace Excellence Awards for Symmetra’s Conscious Decision-Making Program (designed to counteract the impact of unconscious bias on the quality of everyday business decisions); and was invited to sit on the judging panel of the Diversity & Inclusion in Asia Network (DIAN) Decade Awards for Advancing D&I in Asia (2018).