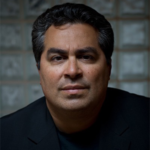 Isaias graduated from Columbia Business School with an MBA in human resource management and obtained a Bachelor of Arts degree from Marquette University where he was a recipient of a full-tuition scholarship.

Isaias’ expertise lies in creating talent acquisition strategies that deliver diverse candidates by using, not only branding and outreach strategies to campus and professional organizations, but also employee resource groups as a search and retention engine. Throughout his years of experience, Isaias has led ERGs and recruiting groups to win awards and be seen as best-in-class in the industry.

When he was recently at JCI, he quadrupled the hires from diversity engineering conferences. At Darden, he rebranded the old employee associations and turned them into ERGs that created ROI and gained the support of the business. At General Mills, he created an employee referral program called Bring a Friend that generated over $3 million in savings during the eight years he ran the program. Isaias also led the Hispanic Employee Resource Group at General Mills to grow exponentially which contributed to the highest number of Hispanic managers in the history of the company.

Isaias has been speaking on the national level for the past two decades about diversity staffing and the role of ERGs in corporate America. You can see his passion overflow when you experience his talks at events for NSHMBA, NBMBAA, SHPE, NSBE, NCLR, CGSM, and NALC, to name a few. His ability to understand your hiring numbers and present process and make improvements that create an impact is his biggest asset. He is used to dealing with the C-suite leadership in creating diversity scorecards that make a difference and become part of the new culture. When he was consulting, Isaias worked across all types of companies like Ecolab, Travelers, General Mills, Exxon, and Medtronic, to name a few.