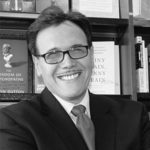 Chairman and Creator and Host of ERG PowerTalk

Joseph (Joe) Santana is chairman of the i4cp Chief Diversity Officer Board, an executive coach, published author of several books including “Supercharge Your ERGs,” a speaker and the host of the ERG PowerTalk podcast. His personal driving passion is helping the world by developing better leaders. He specifically leverages more than four decades of broad experience to help executives and managers broaden their critical thinking, externalize their personal assumptions, and attain higher levels of organizational inclusion and success.

A former group chair for Vistage, an exclusive worldwide peer-to-peer membership organization for CEOs and business owners, Joe has worked with many CEOs on their personal development as leaders. Currently, he continues his work with CEOs and business owners in the Vistage community as a top-rated speaker who leads three-hour seminars that are part of his Manage the Brain series.

Before striking out on his own in 2012, Joe was with Siemens where he was the architect of a successful strategy that resulted in creating a more engaging, high-performance culture for their 65,000 employees located in the United States. These efforts were also a key factor in catapulting Siemens government services business in the USA. Prior to this, Joe headed up a highly profitable 300-employee consulting and outsourcing business at Siemens that served top clients based in the Greater New York Tristate area.

In an additional parallel career as a thought-leading author, Joe has written thousands of articles, including feature pieces for Chief Executive, Diversity Executive, Chief Learning Officer, and Insight into Diversity magazines. He has also created insightful white papers and books that have been published in several languages across several continents including Asia, Europe, and Africa. A sought-after speaker, podcast host, and media commentator, Joe has been quoted in numerous magazines and books, including Thomas Friedman’s 2005 bestseller, “The World is Flat.”

For more about Joe, check out his profile on Linkedin.