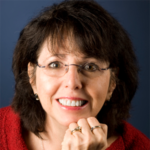 Fueled by her passion for addressing systemic barriers, known for her boundless energy and sharp analytical mind, Judith Katz has distinguished herself as a thought leader, practitioner, educator and strategist for more than 40 years. She has created new paradigms in organization development and pioneered cutting-edge approaches to white awareness, inclusion, the leveraging of differences, covert processes and strategic change.

Judith began her career by earning a doctorate in education from the University of Massachusetts in 1976. After continuing in academia, Judith joined The Kaleel Jamison Consulting Group, Inc. (KJCG) in 1985 and currently serves as executive vice president. She has led many transformational change initiatives in the U.S. and around the globe, partnering with such organizations as Allstate, Ecolab Inc., EILEEN FISHER, Merck, the City of San Diego, Telecoms of Singapore, and United Airlines. She also co-created the Covert Process Concept and Lab with Bob Marshak.

Judith’s writing has broken new ground in OD and other fields. Her landmark book, “White Awareness: Handbook for Anti-Racism Training” (1978), was the first systematic training program to address racism from a white perspective. Her courageous autobiographical work, “No Fairy Godmothers, No Magic Wands: The Healing Process After Rape” (1984), was among the first to assist rape survivors in the recovery process. In the field of inclusion, she and Frederick A. Miller of KJCG use their foundational framework, Inclusion as the HOW, to enable each client to achieve higher performance and accelerate results. An accomplished speaker with more than 100 presentations to her credit, she has co-authored four books with Fred Miller, including “Safe Enough to Soar: Accelerating Trust, Inclusion and Collaboration in the Workplace” (Berrett-Koehler, 2018), and “Opening Doors to Teamwork and Collaboration: 4 Keys that Change EVERYTHING” (Berrett-Koehler, 2013).

Judith has been widely recognized for her extensive contributions. She was named a Pioneer of Diversity by Profiles in Diversity Journal in 2007 and a Legend of Diversity by the International Society of Diversity and Inclusion Professionals in 2012. In 2014, Judith received the Organizational Development Network’s Lifetime Achievement Award. She has also received ODN’s Larry Porter Award (2009) and the Outstanding Achievement in Global Work Award (2012). She received the DTUI Cultural Competency Professional Award in 2004 and the American College Personnel Association Voice of Inclusion Medallion the same year. In 2015, she was recognized as a Legacy Leader by The Forum on Workplace Inclusion. Judith serves as an expert panelist for The Diversity Collegium Global Diversity and Inclusion Benchmarks.

Over the years, Judith has devoted her time and energy to many socially responsible initiatives. She has been a board member of the NTL Institute for Applied Behavioral Sciences and the Dean’s Council, College of Education at the University of Massachusetts, Amherst, and served as vice chair of the Social Venture Network. She currently sits on the Board of Trustees of Fielding Graduate University.