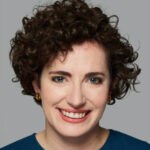 
Webinar: Who Gets to Belong in Corporate America?

Julia Taylor Kennedy is executive vice president and lead researcher at Coqual, a 17-year-old nonprofit think tank that advises companies on issues of diversity, equity, and inclusion in the workplace. Taylor Kennedy has led several groundbreaking reports, including Coqual’s 2020 series, The Power of Belonging in the Workplace and Coqual’s Being Black in Corporate America. Taylor Kennedy’s work has been featured in Harvard Business Review, Business Insider, Fortune, Scientific American, and the Washington Post; she also has appeared on Bloomberg TV, NPR’s Marketplace, Wharton Business Radio, and more. Before joining Coqual, Julia hosted 51%, a nationally syndicated public radio program dedicated to the perspectives and stories of women in the United States, and she reported for NPR and NPR member stations. She holds a master’s in International Relations from Yale University and an M.S. in journalism from Northwestern University.