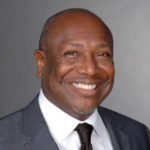 
Webinar: The December Dilemma: Religion, Resilience, and Mental Health During the Holiday Season

Raised in Harlem and the Bronx, N.Y., Rev. Mark Fowler oversees all of Tanenbaum’s program areas and works with operations, fund development, and communications. As CEO, Mark is responsible for program development, project management, design, and implementation of all Tanenbaum trainings, and the expansion of Tanenbaum programs nationally and internationally.

Mark has been involved in New York City’s education community for more than 20 years and is a skilled facilitator/trainer who has worked with teachers, counselors, administrators, and students.

He is a sought-after keynote speaker and facilitator in all of Tanenbaum’s core areas and has addressed organizations globally on issues of equality in race, gender, sexual orientation, and religion. Mark has presented at the National Council for the Social Studies, National Association of Multicultural Education, Teaching Tolerance, YMCA of Greater New York, Partnership for Afterschool Education, Asia Society, National School Board Association, the United Nations, the Newseum, Power of Women Institute, Return on Inclusion Summit, the OutNEXT Summit, and The Forum on Workplace Inclusion regarding prejudice reduction, conflict resolution, bias, and bullying.

Mark earned a BA in English and education at Duke University and was trained as a Mediation and Conflict Resolution specialist with the NYC Department of Education. Mark is also a graduate of the One Spirit Interfaith Seminary and is an ordained Interfaith/Interspiritual minister.