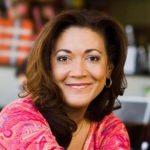 Michele Norris is a trusted voice in American Journalism and an author, and for more than a decade has served as host of NPR’s newsmagazine, All Things Considered. More recently her work around the issues of race and identity has served as an effective and provocative cultural bridge. In 2011, Norris created The Race Card Project, a narrative exercise that invites people to share their experiences and perspectives around race and identity. The project has archived tens of thousands of stories from all 50 states and more than 60 countries and is now used as a forum for sparking productive dialogue. Norris’ work on The Race Card Project was honored with The Peabody Award, one of the most prestigious honors in journalism.