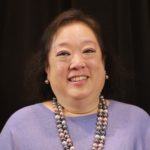 Sandra S. Yamate is the CEO of the Institute for Inclusion in the Legal Profession (“IILP”). IILP is a 501(c)3 organization dedicated to creating a more diverse and inclusive legal profession through research and educational programming. IILP works primarily in the US but has begun expanding its efforts into the UK, EU, and Latin America. Sandra spent ten years as the Director of the American Bar Association’s Commission on Racial and Ethnic Diversity in the Profession and the preceding three years as the first Executive Director of the Chicago Committee on Minorities in Large Law Firms. Prior to that, she was a litigator in Chicago for ten years.