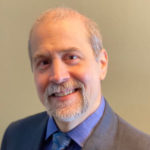 For more than 20 years, Scott Fearing has traveled nationally to provide LGBTQ+ education in a wide variety of settings and industries. He began his work in professional activism and education in 1994, when he was hired by OutFront Minnesota, originally as the coordinator of Education and later as the senior director.

In 2006, Scott began working as a volunteer with the Out Alliance (formerly the Gay Alliance) in Rochester, N.Y., providing an educator development program that he had brought with him from his work in Minnesota. This program and his educational philosophies laid the ground work for the creation of the current Out Alliance LGBTQ Academy. In 2007, Scott was hired by the Alliance as the program director and later promoted to executive director, a position he held for five years.

Scott recently accepted the position as the manager of Diversity Education at the University of Rochester. His interactive facilitation style and ability to meet the needs of his learners has made him an effective and popular presenter.