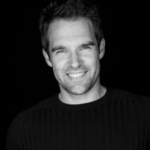 Sebastien Meyer is a culture and performance architect at The Zone. Although formally trained as an engineer, he realized early that he thrived most when resolving problems with people instead of machines. So, he became a management consultant, helping clients solve really interesting and challenging problems.

When he served a prominent California biotech, Sebastien was impressed by the mission, the products and the people. Not to mention the weather! One thing leading to another, he left his hometown of Montreal for sunny California and joined the company. During the next 13 years, he grew as an accomplished commercial leader. That’s also when he was introduced to The Zone and unexpectedly discovered a new, growing passion for culture and high performance. Admittedly, as an engineer and corporate leader he often found himself thinking about people as “brains on sticks.” But as a client of The Zone, he found the whole-person approach incredibly powerful. During workshops at The Zone, Sebastien witnessed breakthroughs that he wouldn’t have believed possible in a corporate setting before. He was particularly energized by how harnessing our collective intelligence allowed us to resolve our most challenging problems, in surprisingly creative ways.

Sebastien also developed a deep passion for helping people realize their potential. So after 13 years in biotech, it became time for him to continue his growth and realize his own potential. Since his life partner was living in Chicago, he decided to follow her—and his passion—and joined The Zone!