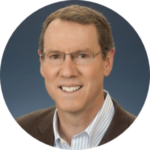 Stephen began his career with Toyota in 1988 as a planning manager and has served in several key roles throughout his career.

In 2012 Stephen shifted his focus to Diversity & Inclusion and is the General Manager of DEI for both Toyota Motor North American and Toyota Financial Services and is responsible for the strategy and execution that elevated Toyota to a Diversity Inc. Top 10 company for diversity and inclusion.