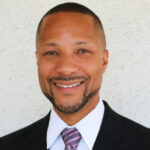 
Post: Podcast Ep. 68: The Future of Domestic Terrorism on the Workplace: Identifying Risks, Protecting Employees, and How D&I Professionals Can Recognize Potential Threats

Zaylore Stout was raised in Southern California and received his B.A. from Cal State Fullerton in International Business Management. He graduated from the University of St. Thomas School of Law in 2010 and founded his own law firm, Zaylore Stout & Associates (ZSA), which handles employment law matters which include sexual harassment, discrimination, wrongful termination, and wage & hour disputes. ZSA has offices in both Minneapolis, Minnesota and Pasadena, California. The firm also holds several master contracts with municipalities regarding workplace investigations. ZSA is the first LGBT certified law firm in the State of Minnesota through the National Gay & Lesbian Chamber of Commerce (NGLCC). The firm also holds disability and minority-owned business certifications.

Zaylore serves on the board of directors for Quorum, Fair Vote Minnesota and previously served as a board member for RECLAIM and the Minnesota Center for Book Arts. As a former candidate for city council in St. Louis Park, Zaylore served on the city’s Human Rights Commission and successfully advocated for the passage of a Gender Inclusion Policy through the city’s school board. Zaylore recently published his first book titled Our Gay History in 50 States, which highlights significant people, places, and “queer facts” relating to LGBTQIA history on a state-by-state basis. The book has been approved by the State of Illinois for the teaching of LGBTQ+ history there and has won many national awards.

In 2018, the Minneapolis/St. Paul Business Journal showcased their first-ever Business of Pride Awards highlighting outstanding LGBTQ business leaders in the Twin Cities metro area who are making a difference in advancing equality in the business world and community, as well as demonstrating their own professional successes. Zaylore is sought after as a guest speaker across the country (Best Buy, Mortenson, National Multifamily Housing Council, Major League Soccer, and more) and has presented at the Forum on Workplace Inclusion or through their podcast for the past three years.