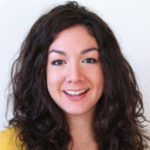 Director of Member and Chapter Relations

Cassy Beckman, CESP, began her career in the field of customized employment at Community Involvement Programs in Minneapolis, Minn., serving in several roles including the Employment manager. Cassy became involved with Griffin-Hammis Associates’ Discovering Personal Genius work, sharing her expertise at conferences locally and nationally. In 2013, she was the recipient of APSE’s Wendy Wood Award for Emerging Leaders. She later accepted a position as director of Customized Employment and Community Supports with Ardmore Enterprises in Bowie, Md., where she facilitated a sheltered workshop closure project.

Cassy was responsible for relaunching the Maryland State APSE Chapter, where she served as president until her return to Minneapolis in 2015. In 2016, she was hired by National APSE as their CESP (Certified Employment Support Professional) director, moving into her current role as director of Membership and Chapter Relations in 2017.