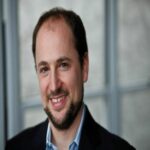 
2022 Conference Session: The Road Up

Greg Jacobs is the co-director, with Jon Siskel, of the award-winning new documentary “The Road Up.” The co-founder of Chicago-based Siskel/Jacobs Productions, Greg most recently wrote and co-directed “No Small Matter,” the first feature documentary about the power and potential impact of early childhood education.

Prior to that, he co-directed the acclaimed documentary “Louder Than a Bomb,” about the world’s largest youth poetry slam, which won 17 festival awards and had its global premiere on the Oprah Winfrey Network. He also served as executive producer of the Emmy Award-winning documentaries “102 Minutes that Changed America” for the History Channel and “Witness: Katrina” for the National Geographic Channel.

A native of Columbus, Ohio, Greg is the author of “Getting Around Brown: Desegregation, Development, and the Columbus Public Schools,” and was named a 2016 New America Fellow.