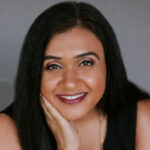 Khyati Y. Joshi is a public intellectual whose social science research and community connections inform policy-makers, educators, and everyday people about race, religion, and immigration in 21st century America. Her most recent book is White Christian Privilege: The Illusion of Religious Equality in America (NYU Press, 2020). She is the author and co-editor of Teaching for Diversity an Social Justice, 3rd edition (Routledge, 2016), one of the most widely-used books by diversity practitioners and social justice scholars alike. Often contacted by journalists, Prof. Joshi has appeared on MSNBC, CSPAN, on radio such as Voice of America, PRI’s The World, and NPR’s Morning Edition, and quoted in numerous publications in the U.S. and abroad, including the New York Times, the Wall Street Journal, the Washington Post, the Boston Globe, The Times of India, and others.  She is a Professor of Education at Fairleigh Dickinson University. For more information see www.khyatijoshi.com