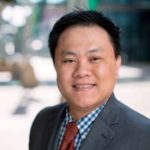 The son of Hmong immigrants, and a first-generation immigrant himself, Lor Lee came to the United States when he was seven months old. Born in the Ban Vinai refugee camp of Thailand, he grew up in the Minneapolis–St. Paul area and finished his high school career at Rockford High School. Lor received his Bachelor of Arts in political science from Saint John’s University, his Master of Organization Development from Capella University, and is currently a Doctoral candidate at Capella in the Doctor of Health Administration program.

Lor joined Mayo Clinic in March 2018 as the director / administrative partner for the Office of Diversity and Inclusion. He brings nearly 20 years of experience as a diversity and inclusion practitioner in academia and health care. Early in his career, Lor worked with K-12 institutions in developing multicultural curriculum, teacher development, and parent/family engagement focused on communities of color and native communities.

In 2008, Lor joined Hennepin County Medical Center in leading their diversity and inclusion efforts where he launched Employee Resource Groups, led the development and facilitation of training, employee engagement, team and individual development, as well as facilitation of strategic planning for many groups. In 2012, he transitioned to Children’s Minnesota where he had responsibilities for diversity, inclusion, health disparities, and health equity as the director of Inclusion and Equity. Lor was successful in leading the organization in improving data collection as well as analyzing outcomes and representation data to identify gaps and implement tactics to close gaps in care. On the workforce side, Lor had responsibilities for creating and implementing a diversity and inclusion strategy that led to an increase of almost 10 percentage points in new hires of color, improving the culture of inclusion at Children’s and increasing the overall representation of employees of color across the organization. He was also instrumental in the development and rollout of new organization-wide values that were widely understood and accepted across the organization.

Lor and his wife, Pang, have four children (Rose, Calla, Annabelle, and Donovan) and a dog (Cookie) that they care for. In his free time, he likes to spend time with his family, bow hunt, and paint.