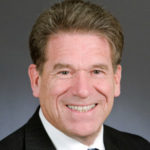 Mark Ritchie is president of Global Minnesota, a nonprofit, nonpartisan organization devoted to advancing international understanding and engagement. A graduate of the Humphrey School of Public Affairs and Iowa State University, he served as Minnesota’s Secretary of State from 2007 to 2015. Since leaving elected public service, Mark has led the public-private partnership working to bring the 2027 World Expo to Minnesota and he has served on the board of directors for LifeSource, Communicating for America, U.S. Vote Foundation, and Expo USA. Mark also is a national advisory board member of the federal Election Assistance Commission and Mothers Against Drunk Driving (MADD) Minnesota. Mark is the appointed Civilian Aide to the Secretary of the Army, representing Minnesota.