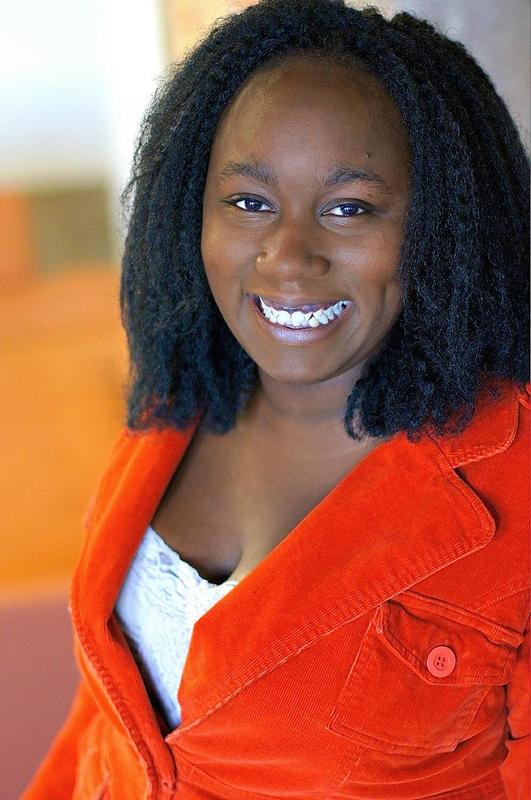 Joy Dolo knew from her first performance in the sixth grade that stage acting was cathartic. Dolo, who is of Liberian descent, recalls being a very shy kid. “I didn’t fit in with the other students, and I had a hard time expressing how I felt.” But that changed when a friend insisted that Dolo audition for a school theater production and she landed the part of Itchy in “Snow White And The Seven Little Dudes.”

“I remember it was the first time I was able to say something, and people reacted, and it started to build my confidence.” By high school, she was sure of her career path. “It didn’t seem like there was anything for me to do but theater.” She wanted to “keep creating, and keep making connections between people, and illuminating relationships.”

Today, Joy Dolo is a prolific actor who has performed on many Twin Cities stages. Dolo discovered a love for comedy as an improvisational performer when she joined The Theater for Public Policy, a Minnesota-based theater that uses laughter to engage and educate the public on local and national civic issues. Her improv experience inspired her to start Blackout, an all-black comedy troupe. She also writes for and hosts “Forever Ago,” a history podcast that’s fun and educational for kids and adults alike.

The journey hasn’t always been easy. When she started her career, she said, “There was Tokenism happening, and I feel like there were [roles] that I got because they needed to fill a quota for the appearance of equity and inclusion.”

Recently the discussions on Diversity, Equity, and Inclusion have begun to change, and Dolo sees “people are trying to open the door and include those of different backgrounds and abilities into the theater space.” The best experience she remembers was being in a production where the cast and the crew were predominantly people of color. “It was fun because it was different. Usually, I was the only one in the room or one of few specks of color in the majority white productions.”

When asked what a safe, inclusive space looks like, Dolo said, “the more that we can mix up and hire more people of color and different backgrounds and genders, the safer the space will be.”

“It takes baby steps,” she added, “the first is acknowledging [the need for diversity], then there’s doing the work and taking time to make sure the old behaviors change.”

The theater and improv space needs to assemble a diverse advisory board and leadership, a cast on the stage that reflects the diversity in the community, and a supportive backstage crew of all backgrounds, genders, and abilities.

Joy Dolo is inspired to create safe spaces for Black artists because she experienced a lack of diverse leadership as a young actor in an all-white and male-dominated industry. “I didn’t see Black women in leadership roles, so I know that feeling of wanting to have someone like me leading the way.” Sometimes she thinks about how nice it would have been if someone had reached out to her younger self and said, “Let’s get coffee and talk about stuff.” The media often portrays Black women as adversaries. In reality, Black sisterhood is more supportive. “The culture capitalizes on Black women’s trauma and shows images of African-American women fighting and tearing each other’s weaves off. In real life, we are more together than the media paints.”

Dolo emphasizes the value of leadership in circles where Black stories are told. She said, “If others are still having an issue getting people of color to come and see shows, it is because the people do not see themselves reflected on stage appropriately.” Blackout is a crucial space to discuss social issues with levity and silliness. “For many years, it has been the space where we talk about the terrible tragedies and laugh at the hilarity and the joy of being a Black person in America.”

More about Joy: Joy Dolo is an Actor, Writer, Educator, and Podcast Host. She has worked on many major stages in the Twin Cities. She is an avid comedienne and is the co-creator of Blackout Improv, the first all black Improv troupe in Minnesota. Joy also Hosts for American Public Media Kids podcasts “Forever Ago” –  exploring the history of objects. She writes frequently for the kids podcast show “Smash Boom Best!” debating topics and teaching kids about the power of debate. She taught Acting and Improv at North Hennepin Community College, University of Minnesota and Augsburg University. She was recognized in City Pages as “Artist of the Year 2018”, received an Ivey Award, and a Minnesota Theater award. Star Tribune recognized Dolo as “One to watch” in 2019. In her free time, Joy volunteers with Safe Hands Rescue and lives in Saint Paul with her fur family and not so furry, beloved husband. Contact at joydolo.org

More about our guest journalist: Khadijo (Jojo) Abdi is a writer, poet, and educator living in Minneapolis, MN. Her poetry and essays are published in Lyricality, Minnesota Women’s Press, and in the anthology by Freedom Voices, Muslim American Writers At Home: Stories, Essays, and Poems of Diversity and Belonging.