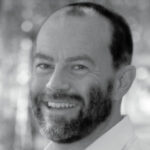 Stephen is a globally recognized diversity, inclusion, and leadership expert, and founded Included in 2012. He leads the team and works with leaders around the world to embed inclusive leadership in their decision-making.

From 2007 to 2012, Stephen designed, led and implemented the inclusion programs for the London Olympic and Paralympic Games as head of Diversity and Inclusion for the London Organizing Committee. From 2004 to 2007, he established and led the workplace team at Stonewall. He has also led D&I at KPMG and worked in advertising and consulting.

Stephen was a Hertford College Scholar at Oxford and a Fulbright Scholar at Harvard. He remains a visiting fellow of the Women and Public Policy Program. He has won various awards—from the 2010 Peter Robertson Award for Equality and Diversity Champions and 2011 Young Global Leader by the World Economic Forum to one of Management Today’s Change Agents—for his race and gender work.

He has taught inclusive leadership at Harvard Business School, Singapore Management University, and Sciences Po in France and advised the British Government, Royal Air Force, and the White House. He is author of “The Inclusion Imperative” (2014), “Inclusive Talent Management” (2016), and “Building an Inclusive Organization” (February 2019).