Since 2008, the Diversity Awards Program recognizes individuals or organizations showcasing exemplary insight and fortitude in the area of workplace diversity. Nominations are submitted for individuals, organizations, or a group within an organization such as an Employee Resource Group, Diversity Council, or Business Resource.

Nominations for the 2021 Diversity Awards have closed. Join our email list to get notified once we announce the awardees!

Since 2008, the Diversity Award Program recognizes individuals or organizations showcasing exemplary insight and fortitude in the area of workplace diversity. Nominations are submitted for individuals, organizations, or a group within an organization such as an Employee Resource Group, Diversity Council, or Business Resource.

Nominations for the 2021 Diversity Awards has closed. Join our email list to get notified once we announce the awardees!

The Power the Future Award goes to an individual emerging leader who:

Rallies, engages and inspires others around imagining and investing in future state possibilities

Leads by example demonstrating a commitment to bold exploration, risk taking, and learning from both failure and success 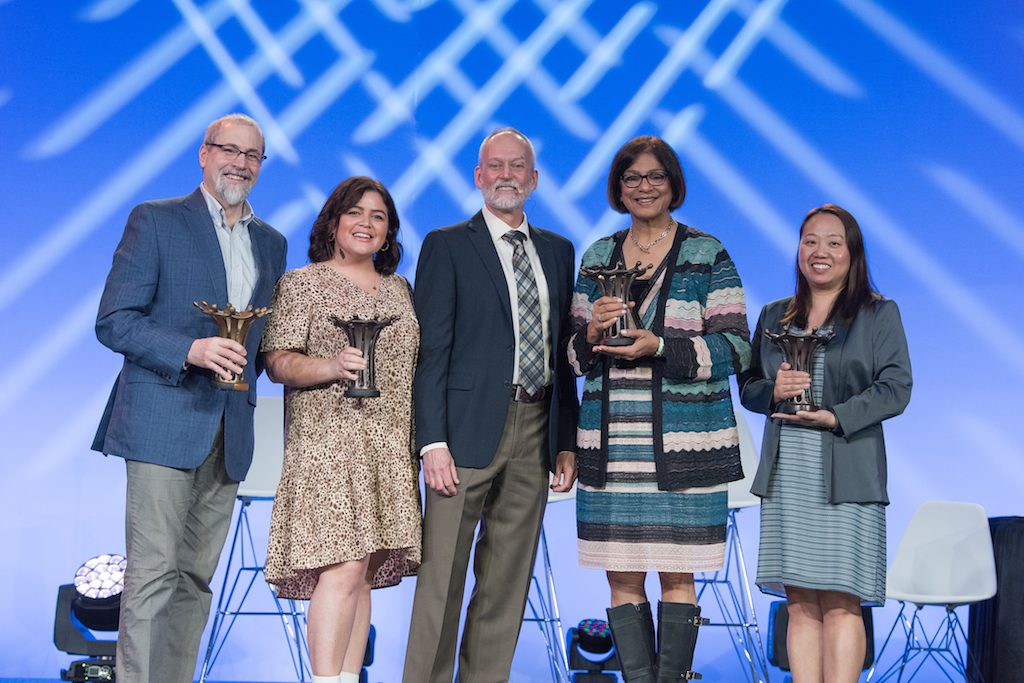 The Power the Future Award goes to an individual who:

Rallies, engages and inspires others around imagining and investing in future state possibilities

Leads by example demonstrating a commitment to bold exploration, risk taking, and learning from both failure and success

The Winds of Change Award goes to an individual, organization, or group that:

Has raised awareness of workplace diversity and inclusion issues

Has been a catalyst for change regarding workplace diversity and inclusion and/or has impacted change within an industry, organization or local community

Friend of the Forum

Nominated and award by The Forum’s Program Committee, The Friend of the Forum Award goes to an individual who:

Has demonstrated sustained support of The Forum.

Has made significant contributions to The Forum in time, talent, leadership, content, vision or financial support 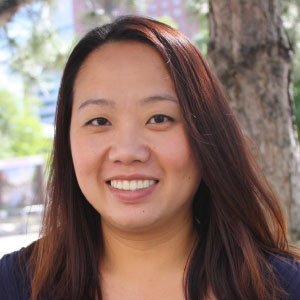 Friend of The Forum

There are those people who make everything work but are so behind the scenes that no one knows who they are. That is the case of Destiny Xiong. For ten years, Destiny, as stage manager, has been the go to person backstage for every Forum general session, making sure the speakers are welcomed, can find their way around backstage, have microphones ready for them, and never miss a cue. And indeed, in ten years Destiny has never missed a cue, even when speakers wander off and can’t be found or have security so thick they can barely be seen. She has done this with total calm, a friendly demeanor, and great efficiency. And speaking of calm, Destiny can quiet even the most nervous speaker allowing them to be their best when they are on stage. Every year when January rolls around, an email is sent asking if she is available to volunteer again for her crucial stage manager role. We are always relieved to receive her reply that yes, she will be back to guide us through the backstage gloom once again.

For her dedication to making The Forum the very best it can be, we are pleased to present our 2020 Friend of The Forum award to Destiny Xiong. 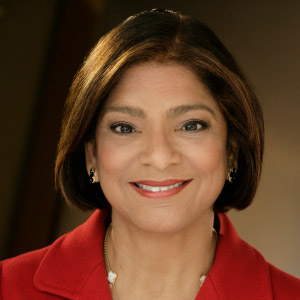 Her success as a Merrill Lynch wealth manager led to leading the firm’s Multicultural Business division and then Global Head of Diversity and Inclusion. Her mandate was three-fold: broadening the deﬁnition of diversity, linking D&I to business imperatives, and creating a global vision for the company.

In conjunction with Columbia University, Subha created the ﬁrst Wall Street Return to Work Program to recruit, develop, and place mid-career women looking to on ramp after taking time off from work. As Global Head of Diversity and Inclusion at Freddie Mac, she championed the creation of the ﬁrst internship program for people with autism, providing life-changing opportunities while ensuring valuable resources for Freddie Mac.

At Working Mother Media, Subha works to raise awareness of workplace issues for women and underrepresented populations, encouraging the development of programs to address those issues through their portfolio of solutions. Further work includes leading the Working Mother Research Institute’s focus on Multicultural Women, People with Hidden Disabilities, and Gender Gap research.

Most recently, Subha became a founding partner of the Women’s Business Collaborative, an effort to achieve gender pay parity and appoint women–especially women of color–to C-suite roles and boards.

A native of India, Subha’s supportive family allowed her to defy tradition to become an agent of change. She has said, “I have chosen to embrace multiculturalism and the various cultures that have touched my life and molded my personal and professional beliefs. With this choice comes a responsibility to share my story and empower others to do the same.”

It is for these contributions that the Forum’s awards committee is proud to present Subha Barry with the 2020 Winds of Change Award. 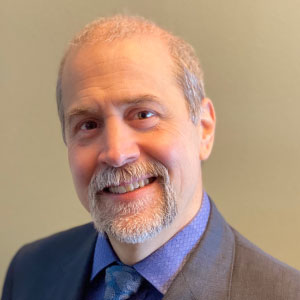 Scott Fearing has worked to increase LGBTQ+ visibility, acceptance, equity, and inclusion in the workplace for more than 30 years. His roles include Senior Director at OutFront Minnesota, Executive Director at the Out Alliance (Rochester, New York), and Manager of Diversity Education at the University of Rochester.

At OutFront Minnesota, Scott worked to achieve organizational changes for LGBTQ+ inclusion at numerous global companies. He also helped create the Workplace Alliance, having an impact on LGBTQ+ rights.

Beginning in 2005 at the Out Alliance, Scott took a tiny, non-proﬁt from behind locked doors hidden away in a old building and created a welcoming LGBTQ+ community center with open doors, street front visibility, and a rainbow ﬂag out front. Today, Out Alliance is a community home for LGBTQ+ people with an art gallery, classrooms, meeting spaces, tech center, library, and archive. In its first year, visitor numbers increased 1400%.

With his learning and development leadership, the Out Alliance developed the acclaimed LGBTQ Academy, conducting more than 250 trainings per year in Rochester and 25 other states. Key to the Academy’s success is Scott’s educational philosophy of understanding how and why people accept or resist new information, how to encourage open dialogue, and how to create a non-judgmental environment.

Additionally, Scott used his vision, skills, and inﬂuence to grow the Rochester Pride Parade and Festival, merging it with the Out Alliance and building it into the successful Roc Pride. Attendance grew from 1,500 to more than 30,000.

With clear impact and broad reach, The Forum is happy to present to Scott Fearing its 2020 Winds of Change award. 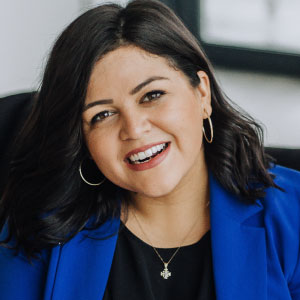 When Melanie Munoz ran the 2019 Chicago Marathon, raising money for Latinos Progresando, the metaphor was lost on no one who knows her. Whether serving as Manager of Strategic Partnerships at The Kaleidoscope Group, a D&I consulting ﬁrm, or ﬂexing her entrepreneurial muscles as the founder of Exec Talk, a TedTalk style platform for Chicago’s leaders of color, Melanie proves herself tireless in ensuring all people have an opportunity to thrive in business and life.

At Kaleidoscope, Melanie worked with more than 80 clients to achieve business objectives ranging from employee retention to inclusive hiring. She has done signiﬁcant event planning, including developing and implementing Groupon’s diversity recruitment events. However, her most impressive work was done in the tech industry, a sector with well-publicized challenges. Here, Melanie led a client in creating a Latinx talent pipeline, yielding a 20% increase in diverse recruitment.

Vision has its place, but Melanie delivers results, too, making her a valued member of her team. This value was recognized when she was named one of “Chicago’s 40 Latinx Under 40” in 2018 for leadership with the Hispanic Alliance for Career Enhancement and Prospanica. Her knowledge and expertise was also recognized by Major League Baseball as one of their Game Changers Ambassadors, awarded to Latinx leaders advancing DEI in the sports industry.

Melanie’s commitment also shows in other ways. Acknowledging members of her community need a home, she traded talk and thought for a tool belt helping build a house on Chicago’s south side. Committed to educating youth, she was a D&I panelist for the Language Innovation Technology College Tour. As Director of Strategic Partnerships for Fashioned, a women’s organization, she matched money to mission, partnering with organizations to raise $20,000, funding a conference for 300 women.

Melanie consistently focuses on the positive, but some of her best thinking looks at failure. Through Exec Talk, professionals of color share stories of “Failing Forward,” leveraging the power of intimacy and vulnerability to beneﬁt listeners as they travel their professional paths.

As President of the Chicago chapter of Prospanica, Melanie has generating more than $30,000 for Latinx Professional Development Programming. While some lament underrepresentation, she works to ensure professionals who are hired or promoted are prepared to “represent.” She is also committed to the life-changing and community-building power of entrepreneurship. In 2019 Prospanica Chicago invested 15% of its funds in Latinx small business owners, supporting minority and women-owned businesses.

In Spanish a “jefa” is a boss. Melanie shows up as a jefa throughout her professional and community work, particularly at the 2019 Jefas Brunch, an event bringing together social justice and non-proﬁt creatives and business leaders. Attendees share efforts on issues from the life expectancy gap to mental health awareness and support for people of color to immigration law.

Our collective future is brighter for Melanie’s display of personal power, enduring optimism, genuine empathy, boundless energy, and commitment to the most American concept–“justice for all.”

For the positive change she brings to multiple communities, The Forum is delighted to present the Power the Future award to Melanie Muñoz.

Friend of the Forum Award